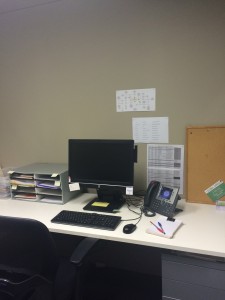 Things are still going full steam ahead at Limited News. It’s exciting to see the site finding a consistent readership, and our authors are settling in to the regular features well. Being part of a team with this much talent is really enjoyable. We’ve all got such different interests and ideas.

I’m working on a chapter for a book about publishing and writing which will be out next year. The topic is close to my heart and I’m doing my best to do it justice. It’s a new challenge, but I’m looking forward to seeing how it pans out.

Life at Express Media is as varied and hectic as always. We had a planning meeting last weekend and it was great to have the board and staff around the table looking to the future. We have so many ideas and such a load of enthusiasm. Sometimes it’s easy to forget we are a relatively small organisation, especially when you see how much we achieve with so few resources.

First Dog on the Moon and I have just wrapped up the first season of Cartoobs and Other Typos at Melbourne Fringe Festival. It surpassed all of our expectations, with full houses and great reviews. To top it all off the show was awarded the Adelaide Tour Ready Award, which is beyond exciting. We’re looking forward to developing the show further, and of course having it ready to perform at Adelaide in February. Producing it was a great opportunity to return to festival production, which I haven’t done for a few years now. I really enjoyed it.